by Brenig Construction Friday 31 May, 2019 News 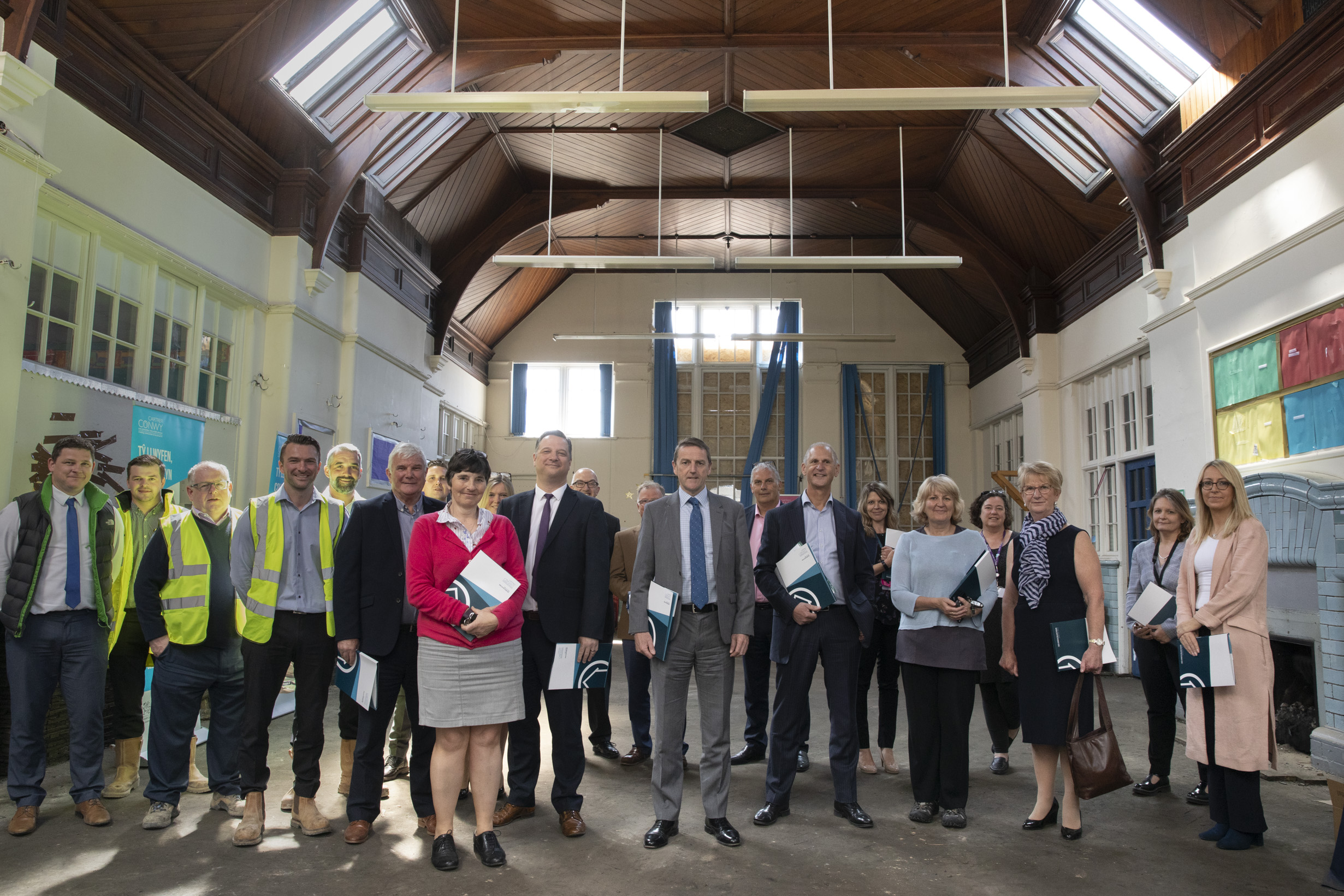 We have begun works on the £5.2 million housing scheme in the old Ysgol Maelgwn school, Llandudno Junction, for our client Cartrefi Conwy who are in partnership with Conwy Council.

The development is breathing new life into the former primary school, creating new job opportunities and a boost for the local economy.

It is being part-funded by a £2.5 million Social Housing Grant from the Welsh Government and it’s hoped the first tenants will be moving into their new homes in the autumn of 2020.

We are committed to employing local people and using local suppliers for this project which will create 27 new homes overall.

The former school is a Grade II listed building and many of the original features, including the tiling, feature fireplaces, parquet flooring and the spectacular vaulted wooden ceiling, are being kept.

The classrooms in the main building will be converted into 10 apartments for people with disabilities and a separate classroom building will be transformed into a five-bedroom bungalow for a family with a member who has a disability. Another 16 specialist properties, a mixture of flats and bungalows, will also be built on the site.

Our site manager Barry Evans is a conservation specialist who has worked on major projects across the UK including the restoration of the landmark eight-storey Lewis’s building in Liverpool.

He said: “At Ysgol Maelgwn we are going to be conserving a lot of the building’s heritage. What makes it tricky is that we obviously also have to comply with the modern safety and insulation standards that you absolutely need and we are working closely with the Conwy heritage conservation officer.

“New sash windows will be put in and they will be like-for-like modern versions of the originals so they will look the same but will be double glazed.
“The old school hall will become a communal area for the apartments in the converted classrooms.”

Cllr Sue Shotter, a councillor for Llandudno Junction, said: “I think what’s happening here is fantastic. It’s something that the area needs and it keeps an iconic building, which is really important because there is lots of history for lots of our residents who remember going to school there. I’m very excited.”

It was a sentiment echoed by Cartrefi Conwy Managing Director Gwynne Jones who said: “We’re excited with this project and to work with Conwy County Borough Council, supported by Welsh Government, to create these new homes.

“In the process we are protecting the heritage of the area and giving this building a reboot for the 21st century.

“The location is ideal because it’s also in close proximity to Canolfan Marl that the council owns.  They provide support and assistance to individuals as well as accommodation.